Fresh-baked Middle Eastern flatbreads have been a staple of Little Armenia since the mid ’80s, when bakeries like Arax and Sasoun first fired up their massive ovens. Now the neighborhood, located between Hollywood and Los Feliz, has seen the rise of a new crop of flatbread practitioners, none better than >Mush Bakery, which lawyer Serop Agadzhanyan opened in early 2009.

Agadzhanyan wasn’t there during my visits. An employee said the owner’s from Syria, though his bakery is named for a town built by Armenian king Mushig that currently resides in eastern Turkey. 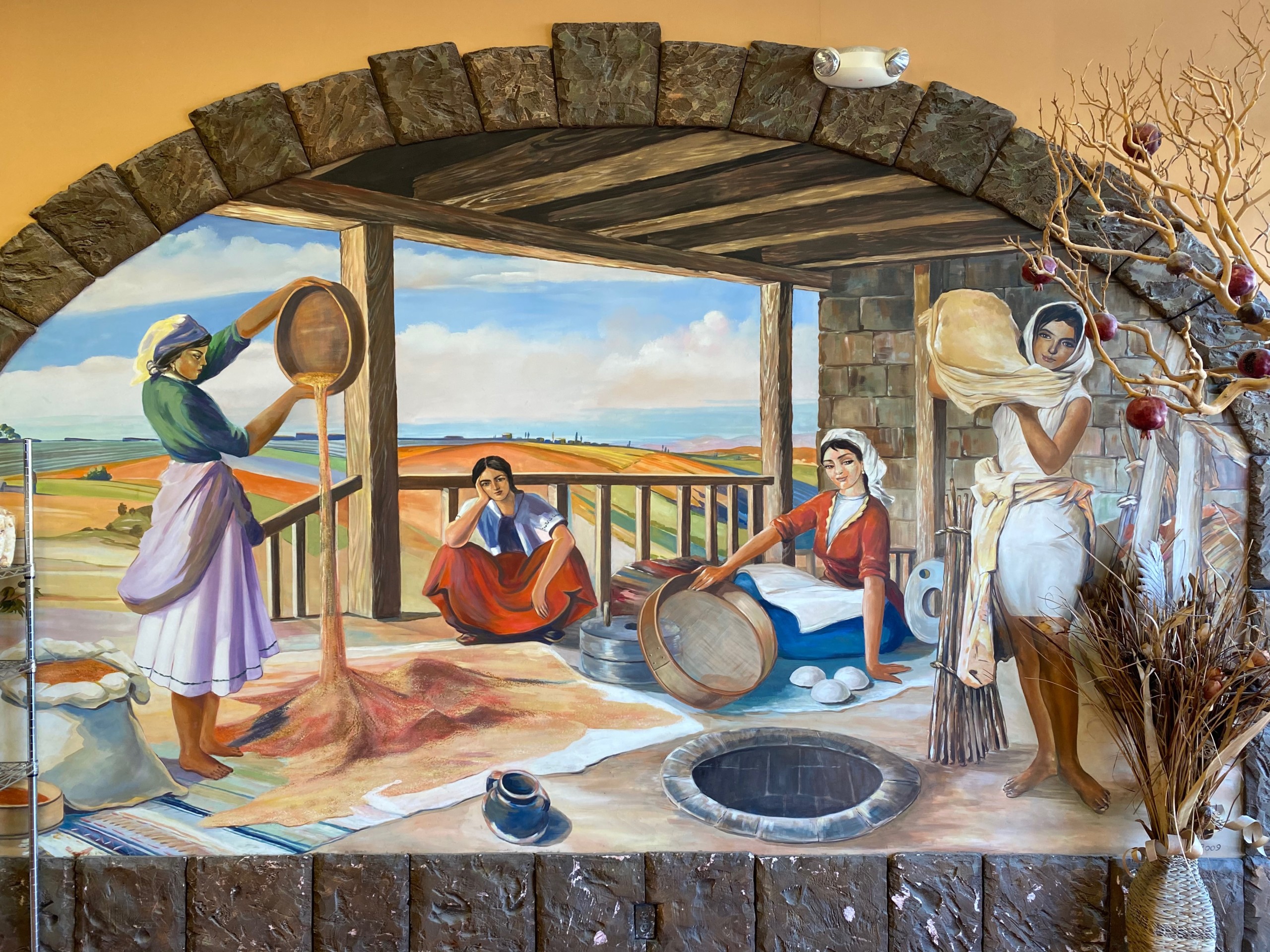 A colorful mural, framed by “stones” and a dried pomegranate tree, depicts traditional bread baking in the old country, including a waterfall of sifted flour and a stone oven called a taron that’s built into the ground. Flatbreads rest on trays and counters, but don’t sit for long. Spinach beorek ($1.50), which looks identical from the outside, features a chile-flecked filling of cooked spinach and onions. Everything at Mush Bakery is solid except for Maneishe ($1) that had the texture of dry focaccia and featured a heavy application of olive oil and za’atar, the savory Middle Eastern spice mixture that includes oregano, sumac, thyme and sesame seeds. Tahini Bread ($1.25) is Mush Bakery’s only sweet offering, and they make an especially good version. The sesame-strong disc is typically crispy, but at Mush, it’s pull-apart, pastry-like and richer than other tahini breads around town.

Mush, Arax and Sasoun all have their strengths, and while the longtime bakeries may be better overall, Mush is particularly notable for their Meat Beorek and Tahini Bread.

How would you rate their Lahmajun? Which spots would you recommend for that dish in particular? I first tasted that dish at Rainbow Falafel off Union Square in New York and have liked it since, though don’t remember to get it often enough.

Sasoun Bakery probably produces the best lahmajun in Los Angeles, but Mush has some of the same hallmarks, including a crispy crust. It’s interesting to see the subtle differences between each establishment.