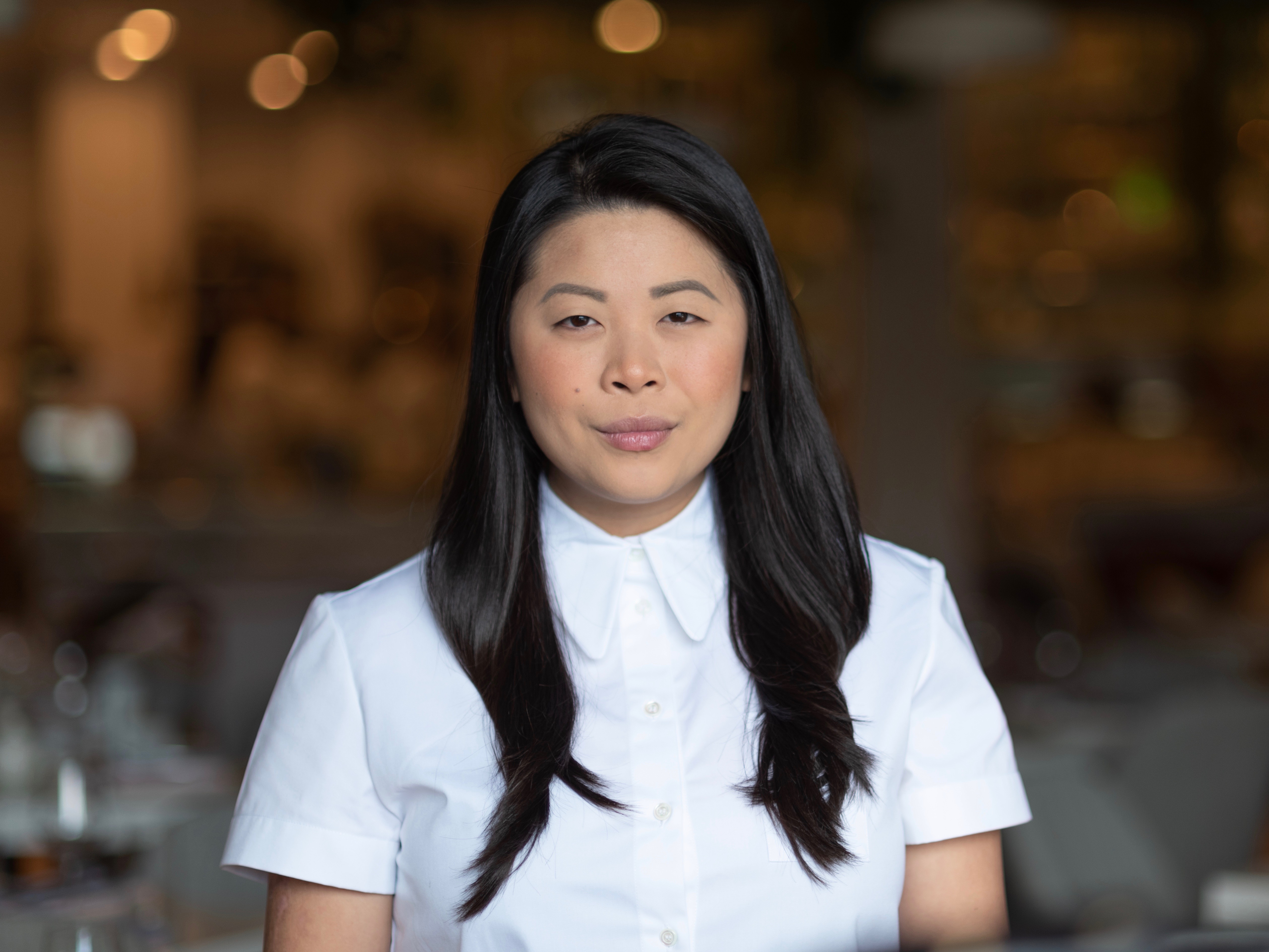 Mei Lin rose through the culinary ranks to earn a “Top Chef” title and open her own place. [Wonho Frank Lee]

I first became aware of Mei Lin when she joined the 2014 Eater Young Guns class. At the Culver City tasting event to celebrate that year’s winners, she served a knockout congee that was the talk of the party and later led to a signature dish. That fall, she served Sriracha deviled eggs with chicken skin crumble and Sriracha caramel at the L.A. Sriracha Festival I co-produced with Sriracha-meister Randy Clemens in Chinatown. She wasn’t even 30 at that point, but the general public was starting to get a sense for her culinary identity, which she had already been honing for years.

Mei Lin first started cooking at her family restaurant, Kong Kow, a Chinese establishment that’s still in business back home in Dearborn, Michigan, just outside Detroit. She later cooked for famous chefs like Michael Symon, Wolfgang Puck, and Michael Voltaggio before vaulting into the national spotlight as the Season 12 “Top Chef” champion. She recently partnered on Nightshade in the DTLA Arts District, which has also garnered high-profile accolades like Food & Wine Best New Restaurants 2019. I recently interviewed Lin by email, and she shared insights into her refined, craveable cooking.

Josh Lurie: What was the very first dish that you ever cooked, and how did it turn out?

Mei Lin: The very first dish I tried to make at a restaurant was a “deconstructed gazpacho.” I made a cucumber gelée with tomato sorbet and green almonds. It was not horrible, but definitely needed some refinement.

JL: Was it a given that you’d cook for a living, or did you consider other careers?

ML: I grew up working in a restaurant so I feel like it was always in me. I did try to go to nursing school, but quickly realized it wasn’t for me.

JL: What traits or skills does a chef need to show during the interview process to work in your kitchen?

ML: What I really look for is eagerness to learn something new or working with a sense of urgency. If a project is taking longer than it should then it’s a red flag that the candidate might not be a good fit for the restaurant.

JL: You clearly learned valuable lessons at your family’s restaurant and while working for chefs like Michael Symon, Wolfgang Puck, and Michael Voltaggio. Still, you must have encountered some surprises while working to open Nightshade. What have been some of your biggest unforeseen challenges as a first-time restaurateur, and how have you managed them?

ML: I really didn’t think it would be such a struggle to hire, because it has been. Now with more exposure and more accolades, more people have started to apply.

ML: I’d like to think that authenticity is proven once an idea or concept for a dish makes it onto the menu because it is the best version of my original idea that I could present to the diner. I definitely put a lot of thought into dishes, and I’d like to think my 12 or so years in various kitchens (professionally – much longer if you count my growing up in my parents’s restaurant), have provided me with a really strong foundation and understanding of the cooking, and origins of the flavors I’m using. Innovation only comes in if I can’t figure out how to get what I want in a “traditional” way. I’m not pushing an innovation envelope, per se. If there’s a technique, or I stumble upon a better and more efficient way to do something, and the dish is still delicious, then great.

JL: What dishes would be on the table for a dream meal drawing from all of the restaurants you’ve worked at over the years? Start with at least one plate from your family’s restaurant and finish with at least one dish from Nightshade. Also, which people would join you at the table?

ML: My dad’s clams with black bean sauce or stir-fried lobster; Michael Symon’s roast and bay leaf and lemon roasted chicken with salsa verde; at C-House all the raw bar items; Spago: choucroute or smoked salmon pizza with Osetra caviar; ink.’s cuttlefish “spaghetti” with squash and hazelnut pesto; and Nightshade’s OG Congee. As for guests: my grandparents who have passed and some of my closest friends.