Which Closed Restaurants Do L.A. Chefs and Food Writers Miss Most? 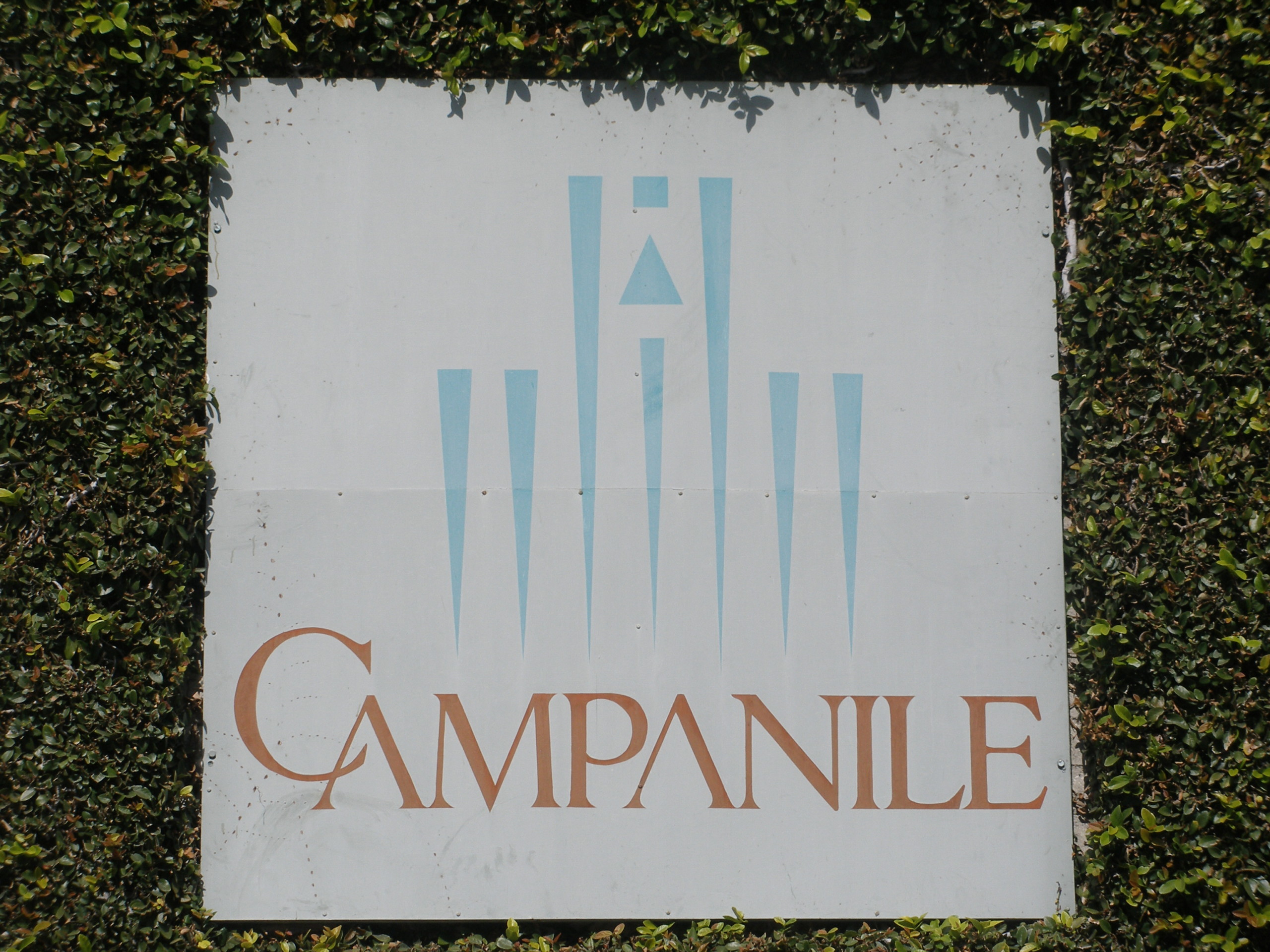 I’ve been feeling nostalgic and asked prominent people in the L.A. food world to answer one question: “Which closed L.A. restaurant do you miss most and why?” Learn what eight lifelong Angelenos had to say.

Which bygone L.A. restaurants do you miss? Feel free to comment below.

The one closed LA restaurant that I dearly miss is Canele. The adorable neighborhood bistro from Corina Weibel served honest, delicious, seasonal cooking in a charming Atwater Village space for ten years. The menu was reliable, well-executed, and reasonably priced, which made it my favorite LA restaurant for many years. Their brunch was legendary too, and I’m not really a brunch person. I would pay good money to eat the incredible French toast just one more time. I’ve just spent five days in Paris wandering around its bustling restaurant scene and eating at extraordinary places. Canele reminds me a lot of the unsung restaurants that defined a golden era of LA dining from the late aughts to 2017, when it closed. If I could have one French-inflected, seasonal restaurant in my neighborhood (Torrance), I would be a very happy man. I’m still waiting to find it.

There was a restaurant by the name of Savoy in Chinatown (not to be confused with the Savoy in Alhambra that serves chicken rice) during the mid-late 1980’s. It was located where the current CBS Restaurant is: on 700 N. Spring St. It was one of the few places at the time serving Hong-Kong style western food, similar to the type of cuisine you’d find at places like Delicious Food Corner: a cross between Western influenced dishes with Eastern sensibility. I don’t believe many people in LA are aware of Hong-Kong style cuisine which you can really only find in the San Gabriel Valley (I’m sure there are some out there, but I’m speaking generally), but it’s one of the OG fusion cuisines found in the States before fusion became a “bad” word, then not a “bad” word again. Call it what you will…it’s delicious. I remember having versions of Baked Seafood Rice with Cream Sauce, Baked Pork Chop in Tomato Sauce over Spaghetti, Curry Beef Brisket and Tendon, Pork Chop Curry, Salt & Pepper Squid, Salt & Pepper Chicken Wings, Singapore Style Noodles, Hainanese Chicken Rice (again not to be confused with the current Savoy in Alhambra), Satays, and Hong Kong Style Milk Tea. There are great versions of these dishes at Delicious Food Corner, but I remember Savoy having some of the best. Could it be just a romanticized memory of food I loved as a kid…sure.  We’ll never know because it’s gone now.

There’s so many from long, long ago — The Luau, Blum’s, LaBarbera’s Pizza, The Egg and I, Vickman’s, Atomic Cafe, Sundance Cafe.

But I think if I had to pick one, I’d pick Gorky’s downtown — where artists and creatures of the night snacked on quasi-Russian cafeteria dishes amid futurist decor in the wee hours after clubs and concerts. That’s easy. My own. I miss Angeli Caffe on Melrose. Yes, as an owner but more as a consumer. As the neighborhoods of Los Angeles change, many small businesses that give those neighborhoods texture and a sense of affordable place are disappearing. Angeli was somewhere the established and well-heeled sat next to the young and starting out each happy and comfortable with what we were able to provide. Aside from shepherding the place I loved eating there. I miss that collision of pink spikes vs colored and coifed, bejeweled vs tattooed with the backdrop of crying babies and kids happily forming dough into their own breads.

It would have to be Campanile. I adore Republique and I know Nancy [Silverton] and Mark [Peel] are still cooking other places. But Campanile was in my opinion as important to LA as Spago and Michael’s. So many great chefs came out of that kitchen and it even spawned La Brea Bakery. So much important history and such a seminal LA restaurant. I was so sad to see it go.

Ships Coffee Shop on Olympic and La Cienega and the dish was the Ship Shape burger, which was actually a patty melt and served really rare. Ground on the premises.

In recent memory, Simbal. The food and restaurant were equally fantastic.

In another era, Lou and Josef Centeno-era Lazy Ox, both places that would be closest to my proverbial Cheers. In the ’90s it was Vida, Fred Eric’s place on Hillhurst.

I also miss Axe and Joe’s on A/K because they hold so many memories for me, and I wish I could visit some of my mentors there. In that same vein, I miss Cafe des Artistes because I really adored the people I met there and the people who dined there. Because I was young and grew up differently, those three restaurants along with Inn at the Seventh Ray helped build a foundation in understanding California luxury and its spirit (cue Fred Segal and Barneys circa early ’90s). I am thankful, but conflicted on how much privilege surrounded me. It helped me understand intuitively what California luxury is and how trust funds and expense accounts can be veiled with progressive food and ethos, art, design, spirituality (giggle), bohemia. Empress Pavilion was a family-friendly institution in Chinatown’s Bamboo Plaza.

On an emotional level, I miss Empress Pavilion. Many, many hours waiting and running around Bamboo Plaza before entering the grand banquet room. No headsets, no ticker sheets. Rice rolls were always sold out and you had to keep your eye on your other favorite carts. Most likely, you’d have to get up and track them down, feeling slightly rude but knew it was part of the experience. When Empress Pavilion closed (the original one), it was an end to an era. It forced many of us to seek out the SGV (which is amazing!), but it changed the landscape of Chinatown quite a bit, I think.

I started in this business back in 1979 at my family’s restaurant, Cafe Le Monde, in Glendale. That was the same year Michael’s in Santa Monica opened and Wolfgang Puck was still at Ma Maison. Jean Bertranou was the chef at L’Ermitage and Roy Yamaguchi, Ken Frank, John Sedlar, Kazuto [Matsusaka] (to name a few) were in the kitchen.

Around that time, my dad used to take us out to dinner to some of the best restaurants in the city. The one restaurant that had a huge impact on me was Scandia on Sunset. Back then the only interesting restaurants were all on the Westside. I can still remember small details from my dinners there. From the ducks roasting on the rotisserie, the theater of the dining room with the sounds and smells, the wine cellar as you walked in, to the impeccable, mature, seasoned, professional wait staff. You felt absolutely pampered and cared for when you left the place.

Not sure if I long for that kind of restaurant, but the sensation of that experience is rare these days.

I love a lot about the restaurants we have today. The quality of the products, the high skill level and the variety.

I like that you can eat very well and not have to get dressed up and brave traffic to go to the Westside.

Naming a restaurant today that I miss is a difficult question because there seems to be so many that come and go so quickly. Since I live on the Eastside, I will name a few places that I miss out this way.

Seventh Street Bistro when Laurent Quenioux was cooking there. Laurent is one of the most talented chefs in this city as far as I’m concerned. I happen to have had one of my most memorable meals there.

Katsu Sushi on Hillhurst. This was a regular hang for many chefs in LA. Katsu was a true master. There were many times you could drop in and see other chefs there and have a seat at the bar and have Katsu engage you with food stories.

As far as more recent closures; I miss P.Y.T. My sons are vegetarian and we always enjoy Josef’s cooking.

RiceBar because Charles [Olalia] approaches my native cuisine with a lot of care and skill. The Filipino food there was genuine, authentic and delicious.

So glad that Savoy was mentioned. Brings back memories of walking through that beaded curtain doorway. It was kind of dark, smelled so good and had such tasty good. The shrimp toast, chicken wings, noodles, satay sticks , pork chops etc. So so good!