First impressions are a funny thing. My initial visit to Soban in August 2011 involved bony pan-fried cutlassfish and spicy cod stew, both good, but neither revelatory. It took a return trip with two Korean food sherpas – Tai Kim of Scoops and Matthew “Mattatouille” Kang – plus several mutual friends, to get a grasp on the full range at chef-owner Si Woo Yoo’s restaurant.

Soban occupies the former home of a Japanese restaurant called Kushiyaki Dan on Koreatown’s western fringe, and the space retains much of the previous tenant’s “charm.” Look for a sign in English that reads “Soban” and you won’t find one, at least at last check. The name refers to a traditional, low-slung Korean table designed to seat family and friends. 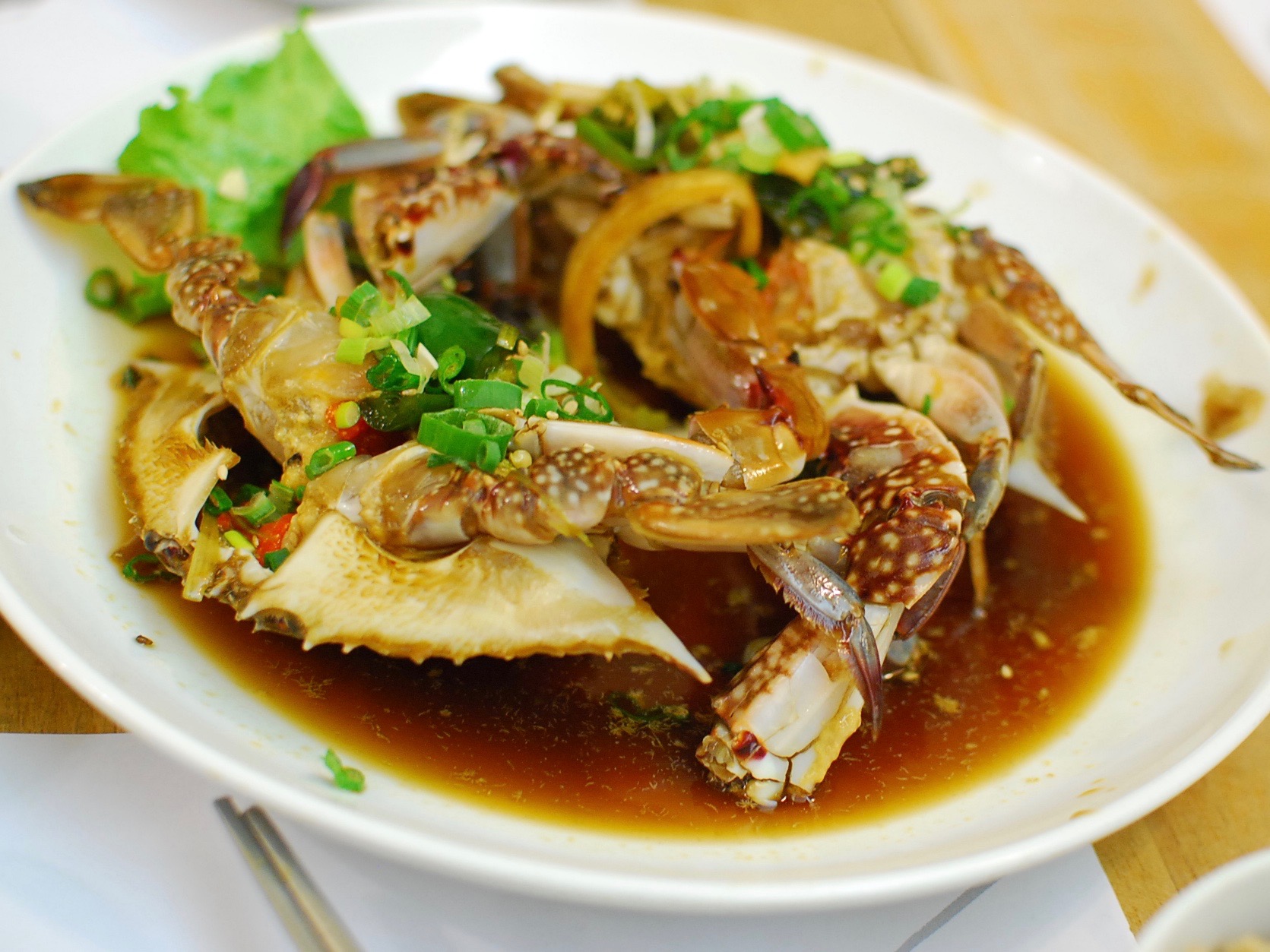 Eun Daegu Jorim ($24.99) was an especially good version of a comforting Korean dish, with slices of fatty, bony black cod, and daikon slabs braised in a soy sauce with red chilies that reduces until it forms a savory intensity that permeates the star ingredients. Al Tang ($18.99) was a spicy seafood stew with clear broth loaded with clams, mussels, shrimp, vegetables, red chile and paste, a thatch of enoki mushrooms, and fish egg clumps that tasted innocuous, but had a mealy texture that could easily qualify as acquired. Our off-menu seafood bowl ($19.99) was terrific, containing two colors of tobiko – flying fish roe – green and orange, along with fibrous jicama, chewy raw squid strips, and sprouts. We added gochujang and they integrated all of the ingredients, bringing about a blizzard of textures and flavors. This was like a deluxe, oceanic bibimbap, minus the rice. While swimming, it’s important to come up for air. Mae Un Gal Bi Jjim ($29.99) was the dish that convinced us to take a breather from the sea. Bone-in beef short ribs bathed in a spicy red chile, garlic and onion sauce until infused and tender. Omelet strips and scallions were nice touches.

Before the meal, Kang called Soban “the best Korean restaurant in the U.S.” and while it’s not worth trying to disprove Kang’s hyberbole, let us just say that our meal was damn good, and that sometimes, a restaurant’s first impression isn’t necessarily its best.