Randy Clemens, the talented writer behind Sriracha Cookbook and one of America’s leading proponents of Thailand’s legendary hot sauce, returns with The Veggie-Lover’s Sriracha Cookbook, featuring 50 plant-based recipes. On the eve of his L.A. cookbook release party at Golden Road Brewing, he took time to answer my seven most pressing questions about his process, approach, and the future of his incendiary cookbook series.

Why did you decide to focus on plant-based foods for your second Sriracha cookbook?

Shortly after turning in the manuscript for The Sriracha Cookbook, I actually went vegetarian myself. In retrospect, I suppose I’d been leaning toward incorporating more veggies into what had long been a decidedly meat-centric diet, but I don’t think it was a conscious decision I’d made; it was more to satisfy a curiosity… to see what chefs did with vegetables. Though, after reading Jonathan Safran Foer’s Eating Animals, I had a much better view of what it actually meant to eat meat. Beyond even the strong ethical questions it raises, there’s the issue of what it was doing to my health and the environmental ramifications that come with meat production. I decided then and there that I not only wanted to opt out of the grossly offensive (and frankly embarrassing) factory farming system, but out of eating meat altogether.

Now, more than three years later, I can’t even begin to tell you how much better I feel and how happy I am with my decision. And that’s what it is: it’s a personal decision. Eating Animals was not preachy, nor is my cookbook. It didn’t tell you what you should be doing or what choices you should make; it presented information and let you make up your own mind, and I appreciated that to no end.

Vegan is a scary word for a lot of people. I don’t mind it at all; in fact, I have a huge amount of respect for people who make such a bold statement and take such interest into how their choices affect animals, the planet, and other people. For me, I keep largely vegan. The occasional piece of cheese makes its way into my mouth here and there, but I never waiver on eating meat. That’s just not part of my life anymore. And I feel like everyone has their own system, their own rules they follow. Certainly, you’ve got vegetarians, pescetarians, flexitarians, vegans, and a whole slew of other labels that each have their own little modifiers. (A term I heard for a vegan that eats honey? “Beegan.” I know… I cringed, too.) With that, I set out to make a book that anyone could enjoy. You needn’t be vegan or vegetarian or anything else for that matter; you just had to love vegetables and Sriracha.

The recipes are all written vegan, though there are a few, like the Sriracha Mac ‘n’ Cheeze, where notes are included in a sidebar on how to use dairy and eggs if you simply don’t have the time or desire to make the cashew “cheeze” sauce. And you needn’t be scared of the quotation marks. I always hate seeing things like “Chick’n” on menus, where it’s clear that the restaurant is just using some overly processed fake meat soy crap. You won’t find that in this book. Sure, there’s a little tofu and tempeh here and there, but no brand-name designer meat analogs to be found here. Again: veggie-lover’s. Love thine veggies.

In what ways was it easier or more difficult to produce a second Sriracha cookbook?

It was a bit easier since I didn’t really have to spend any time hunting down a publisher! My editor, Melissa Moore, and the entire team at Ten Speed Press have been a complete joy to work with. I also didn’t have to start from page one with research. I have a lot more knowledge of Sriracha coming into this book, especially the Thai versions since I had the chance to visit the town of Si Racha a bit after writing the first book. It was an incredible experience.

How do you get feedback on recipes during the R&D process? Do you have an iron clad culinary compass or do certain people taste dishes and give you notes? 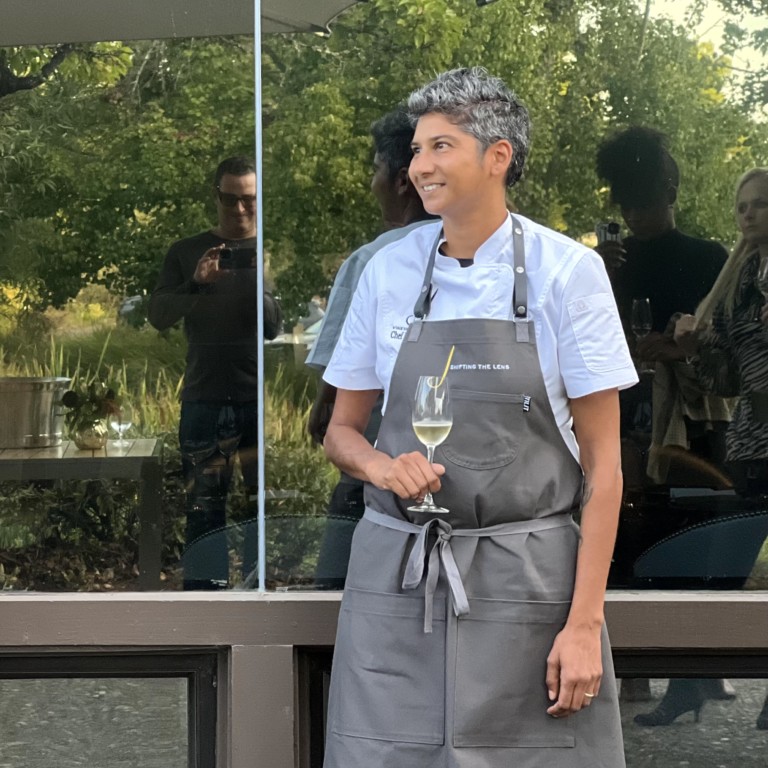