You’ve never competed in a barista competition, but you have in a latte art competition. Why one versus the other being important to you?

Early on, I was given the importance of what the person standing across the counter from you means, versus judging. You don’t have a job if somebody’s not standing across the counter from you. A barista competition is great for showing a lot of other people who don’t necessarily know what coffee is about what it can be, and how geeky you can get with it. Overall, what a barista competitor does, is a performance, in my opinion. I just put value on being an everyday barista, versus a barista competitor. A latte art competition is practical. I’m basically handing out what I hand out every single time, and if it’s not up to my standard, then I ditch it and do it again. I have that flexibility on bar. Just the amount of importance placed on the customer, early on, there didn’t need to be a barista competition to know I was making an impact on somebody’s day, I was making an impact on the community, and on the industry.

Let’s take Intelligentsia for example. When I first moved here, I was living and working with Devin Pedde and Ryan Willbur and seeing what they were going through during competition season, made me realize it’s really cool and everything, but when it comes down to it, sometimes I like leaving a coffee shop and going for a ride on my bicycle. I want to use my camera and take pictures. Or I want to listen to music. I saw that in order to be a good barista competitor, you have to devote hours on end, practicing your routine. For me, in the grand scheme of it, when your everyday regular comes in, maybe they’re excited that you’re doing this barista competition and really focusing on your craft. It doesn’t end up really mattering. It just didn’t matter as much as I felt like service is concerned. A latte art competition though, it’s practical, you win more money, and it made more sense.

What’s a typical coffee consumption day for you?

I taste a lot. Like any good drug, I dose appropriately. With coffee, I just taste a lot. If I added it all up, it probably adds up to two cups of coffee a day and maybe three shots of espresso a day. That’s if I was in a regular busy 15-hour workday.

I do. I have to, actually, because my girlfriend would punch me in the face if I didn’t have decaf coffee waiting for her on some mornings. I brew her decaf from time to time, and I brew myself coffee here and there. I’m lucky that I usually end up work to make a coffee, or have somebody else make me a coffee.

What type of music do you like to listen to when you’re on bar?

Did you choose all the equipment and the roaster you’re using here [at Menotti’s]?

Yeah. The machine, I just wanted a machine that was going to be a workhorse. Because of our space, I recognize there are going to be those churn and burn sort of moments. Line’s going to be long, and folks are just going to want to get to work, so I just needed a workhorse espresso machine, so I went with a La Marzocco FB/80. We decided to make it a little extra fancy in the sense that we were inspired by the water of Venice to come up with our color. When the sun shines on it, there’s a hue that looks just like this mint turquoise we selected. I wanted to have a humble cup of coffee, to check off the box of a good rich nice cup, so I went with French presses that will end up decanting into airpots. Just turn around and focus more on, “Good to see you. Have a good day. Here’s a good cup of coffee.”

Four Barrel is who we’ve been blessed to align ourselves with. They’ve been so supportive from the beginning. It’s delicious coffee. It was always a favorite of mine when I was in San Francisco. Derek [Taylor], who brought me to the project, had a pre-existing relationship with Four Barrel. Once he told me he wanted to serve me as well, it made perfect sense. There are a fair amount of people from the Bay who will appreciate seeing Four Barrel in Los Angeles. There are a couple of accounts out here, but for us to say this is what we’re going to be serving, that we’ll be an extension of Four Barrel, is unique enough that I think a lot of people will really enjoy.

If you could only drink one more shot of espresso, and you couldn’t pull it, who would pull it for you?

There is nobody better, in my opinion. As far as the quality itself, it would be a tie between Jodie Jakes and Don Jones. It’d be a close tie, and that has everything to do between the quality they’re serving it with and the heart it was coming from. “Good to see you, nicely. Here’s a cup of coffee.” I like that soul behind my coffee.

When people hear your name, what do you want them to think of?

Passion. Compassion. My mother taught me a lot of compassion. 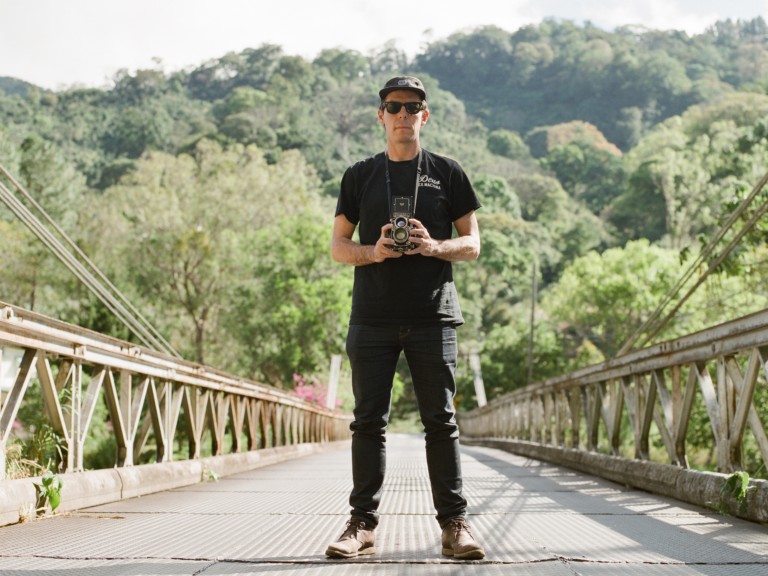