Sally’s Apizza: Worth an Excruciating Wait on Wooster Street Sally's Apizza is one of two famous Wooster Street pizzerias.

Sally’s Apizza constitutes half of one of the nation’s fiercest restaurant rivalries. Frank Pepe Pizzeria Napoletana, the other half, sits two blocks away. In April 1938, thirteen years after Uncle Frank opened his Pizzeria Napoletana, Salvatore “Sally” Consiglio opened down Wooster Street. He owned and operated Sally’s until he passed away in 1989. His wife Flora, their daughter and two sons now preside over Sally’s pizza kingdom. It was painful to look past the neon American flag into the dining room and see customers without pizzas. Since Sally’s pizzaiolos are perfectionists, it takes awhile for each pizza to arrive. After an hour-and-a-half in line, we debated whether it was worth the excruciating wait. I got a couple dismissive looks and cascading sighs when I asked to photograph the brick oven. Check out the Miller Lite clock.

Wood walls are jammed with framed write-ups, an obligatory painting of Frank Sinatra, and a platinum record (and cassette) from Michael Bolton of all people. Jane and Michael Stern of Roadfood raved about an off-the-menu item they called an “Italian bomb.”

When I ordered the “Italian bomb,” I was surprised when Sal’s son said, “What’s that?” I recited the ingredients from memory: mozzarella, sausage, pepperoni, bacon and onion. He said they should call it the “cardiac pizza.” After my first bite of the apocryphal “Italian bomb,” I was actually convinced the two hour wait may have been worth it. It was that good. The sauce was tangy, the meats top-shelf, and the crust remained crisp without being dry. Since the pies cooked in a coal oven, my fingers turned black from holding the crust. Sally’s simple tomato pie was a good test of the pizza kitchen’s abilities. They couldn’t hide behind meat’s flavor, and it turned out to be the best pizza we ordered.

I’m as big a believer in bacon and sausage as anybody, but sometimes pure is better. I’m not a big believer in sauceless pizza, but Lindsay and her mom ordered a medium “white pizza” topped with olives, onions and peppers. The crust was still fabulous, but the pizza was missing tomato sauce pop.

It’s been about 10 years since I tried Pepe’s, so my memory is a little fuzzy, but it’s hard to imagine a pizza being better than at Sally’s. Next time, I’d arrive at 4:30 to ensure being part of the first seating. And yes, there will be a next time.

Sally’s Apizza: Worth an Excruciating Wait on Wooster Street 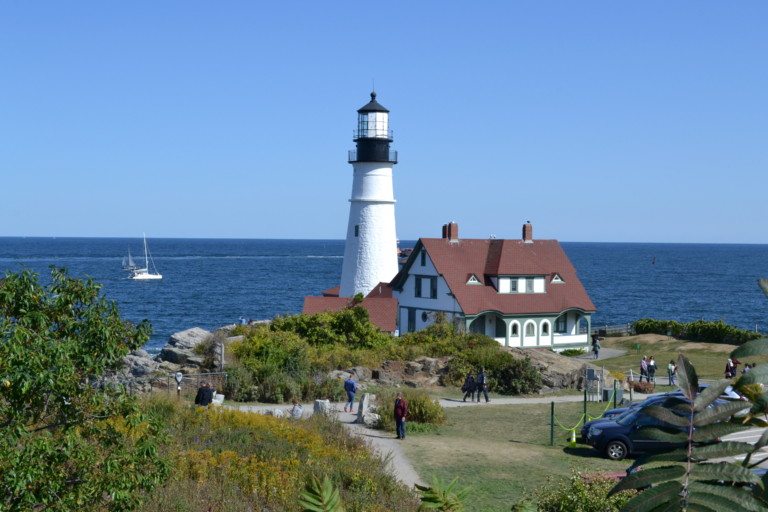