Phil Park is a native New Yorker who first became enamored with wine on the job at Park Avenue Café. He stepped up his interest and knowledge in Chicago, at Tru, before transitioning to Restaurant Guy Savoy. Park started as a Captain and was on the team that earned Wine Spectator’s Grand Award, meaning that at least in that magazine’s eyes, Restaurant Guy Savoy has one of the 75 best wine lists on the planet. He currently oversees the wine program as the restaurant’s sommelier. We recently spoke with Park in Guy Savoy’s champagne-fueled Krug Room, where he shared more wine-related insights.

When I was working at Tru. I’ve been here five, so it was seven or eight years ago when I really got into wine. I was studying wine. I have a good group of friends who – I don’t want to say wine geeks – but they’re really into wine. They’re in wine programs and I got involved with them. I actually went to the next level by sitting down, starting with them and actually tasting wine. That’s when I realized this may be one way to go. I fell in love with it.

My first wine memory was when I was working at a restaurant a long time ago called Park Avenue Café. I was a waiter there. In order for me to make more money in tips, I had to sell more wine, so I had to learn about more wines. That’s the first time I really got into wine and tried wine, and that’s when I really realized American wines.

What do you like about pairing wine with food?

The challenge. That’s one of them. And when it works out and you’re like, “I didn’t know that worked with that.” And finding new things and new discoveries with different pairings.

Are there any misconceptions about champagne that you would like to address?

The most common misconception is that rosé is sweet, and they’re not always. We have a champagne cart with seven different champagnes, and when I bring the rosé, they think it’s sweet. I have to explain to people that it’s a misconception.

What’s a wine trend that you’re currently excited about?

I don’t have any current excitement over wine trends because my wine list is mostly French wines. I don’t think there’s a trend for French wines because it’s always classic and always standard for a lot of people.

Other than that, the trend for me is how expensive the Bordeaux’s are. The Asian markets are driving all the prices up. The trend is that a lot of Bordeauxs, even some Burgundies – like T.R.C.’s – are so expensive.

What are your feelings about that?

Good and bad. Bad for me because it’s really hard to get good wines at a good price. Bad for the guest as well too, because I have to price accordingly.

How much value do you see in using a 100-point rating scale with wine?

I think wine is very subjective. A lot of people use that point scale because they don’t get to try a lot of different wines. That’s why it’s important to use the point scales, but I think I could recommend something that’s way less than 100 points, and not even 90, and tell them the quality of wine. People who are into the point scales couldn’t change their mind about that. Therefore, I think it’s great to promote to wine with a point scale, but once again, it’s very subjective. To me whoever put those points on, it’s that person’s tastebuds, or that person’s taste. It’s always changing.

If you had to fill your glass with one final wine, what would be in that glass?

One final wine? Any wine I want?

It would be a ’92 Le Montrachet by Domaine Romanée.

It’s the best white wine I ever tasted in my life.

I’d like to drink it by itself, but I’ll eat anything with it. That’s how much I love that wine. 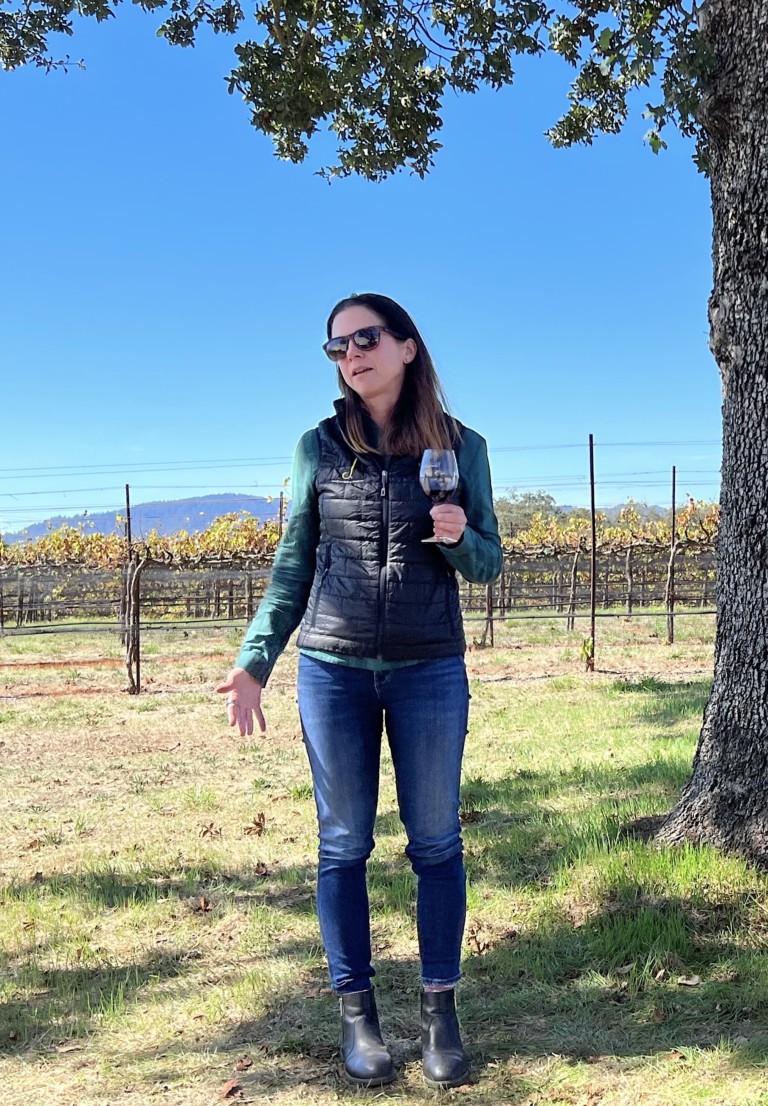