On September 29, Food GPS presented the fourth annual L.A. Beer Float Showdown at Golden Road Brewing as part of LA Beer Week. Five teams of top L.A. chefs and breweries collaborated to create the ultimate beer float, and every attendee got a vote. The result was in question up until the 5 p.m. announcement, when a last second ballot resulted in an unprecedented tie between defending champions Eagle Rock Brewery / Maximiliano / The Oinkster and Strand Brewing Co. / Short Cake / Short Order. 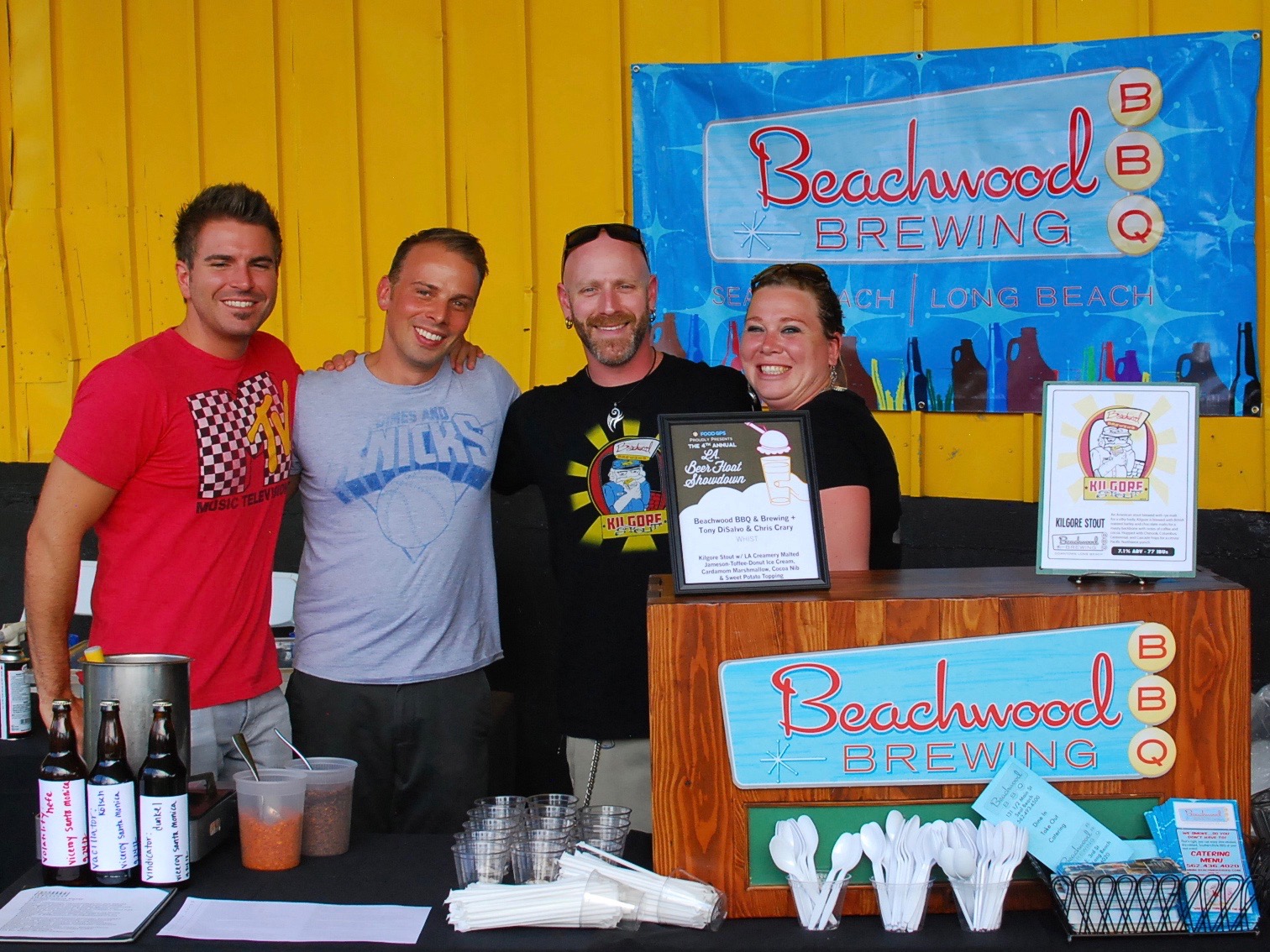 The Golden Road and Ray’s and Stark Bar beer float was a riff on an Irish Car Bomb, combining Hudson Porter with Irish cream ice cream and Pop Rocks. Food GPS Beer Editor Sean Inman and All Day Protection had the entrance on lock. When it came time to name the winner, attendees gathered round the stairs to hear me announce the surprising results. Tie! The two championship teams joined together for a photo that further demonstrated how close-knit the craft beer and culinary communities have become.