6/22/11 - East LA Meets Napa returns to Union Station on July 8. Séta previewed the fundraiser for AltaMed Health Services Corporation, which has been providing health care to minorities and economically disadvantaged Southern Californians since 1969.

Every week involves a seemingly continuous stream of food, drinks and people. Of course not every taste or conversation is post-able, but the range of experiences is usually pretty amazing. Discover favorites from June 20-26, 2011, some of which will help to fuel full posts.

At the East LA Meets Napa preview, Séta chef Hugo Molina prepared three dishes, as did Ricardo Diaz of Cook’s Tortas, Guisados and Dorados, Jimmy Shaw of Loteria Grill and Noe Garcia and Pedro Mota of Phlight. 2011 is the sixth year for East LA Meets Napa, and the first year with a regional focus. AltaMed President and CEO Cástulo de la Rocha explained that they’re honoring Michoacan, a state in Mexico that provided labor to wineries in Napa and Sonoma through the bracero program, some of which have become prominent winemakers in the region. 6/24/11 – With some TOTNLA motivation (and some borrowed homebrew equipment) from Whist executive chef Tony DiSalvo, I joined forces with Food GPS Beer Editor Sean Inman to brew an XPA on Friday. We filled in the equipment gaps and purchased the raw materials at Culver City Home Brewing Supply. This was the first homebrew for me and Sean. Wish us luck with secondary fermentation. 6/26/11 – Caffe Calabria has been open for over a decade. Owner and roaster Arne Holt predated the North Park boom by several years. He isn’t from Italy, but he is from Seattle, which often favors an Italianate approach to espresso extraction and presentation, and he’s parlayed that into what might be San Diego’s top coffeehouse. My macchiato was pretty close to “una bella taza.” Since 30th Street is pretty much the epicenter of San Diego’s beer scene, they even have an Espresso Bomba that combines Guinness and espresso. For the past two months, he’s offered Neapolitan pizza baked in a wood burning oven, beginning at 5 p.m., after the coffeehouse closes for the day. 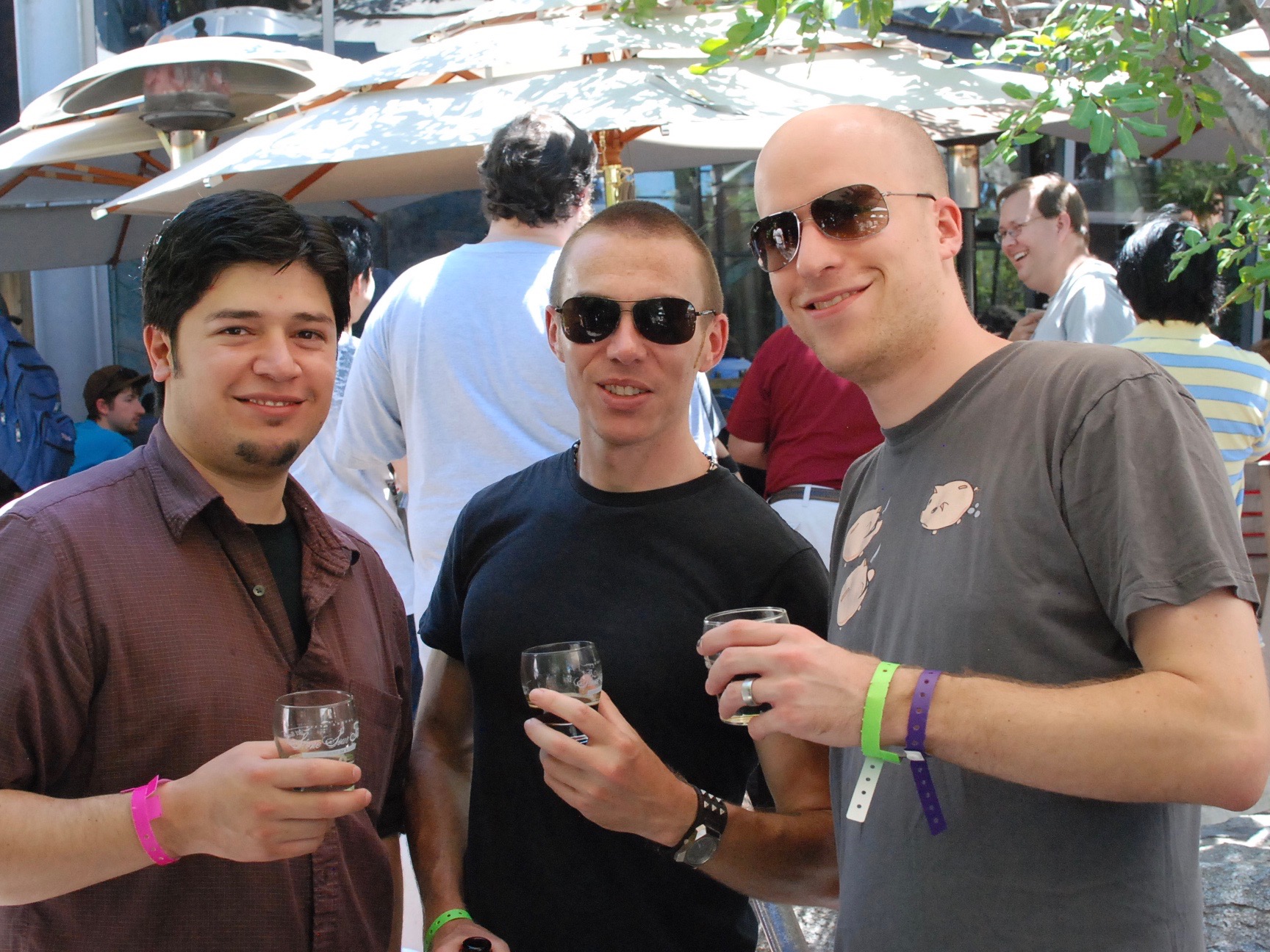 6/26/11 – Craft & Commerce already more than proved their mettle with a scintillating fried chicken, and now, head bartender Christian Siglin continues to help advance the cause of beer cocktails. For their summer-friendly IPA Cocktail, he prefers Alesmith IPA or Blind Pig, but until he can grab hold of those kegs, he’s featuring Bear Republic Racer 5, a hop-forward IPA, combined with grapefruit juice and orgeat, served tall with a grapefruit garnish. In keeping with the sour beer theme, he also makes an off-menu sour beer cocktail called Duchesse of London that incorporates gin, ginger syrup, lime juice and a float of Duchesse de Bourgogne. Get some.