San Francisco features a wealth of seasonal, market driven restaurants and an even wider array of international value picks, but sometimes, there’s nothing better than bypassing all of those restaurants to tear apart a rotisserie chicken. Apparently other people think the same way, as the crowds at Limon Rotisserie were out the door during my visit. Executive Chef Marvin Castillo owns another Peruvian restaurant called Limon in the Mission, but the original location is rotisserie-free. Clearly ceviche, lomo saltado and churrasco don’t drive traffic like juicy yardbird.

Limon Rotisserie is a bustling restaurant that lives up to its name, with lime green and lemon yellow walls, paintings of limes, an open kitchen and full bar that serves dozens of Pisco Sours per night. We showed up without a reservation, and were eventually (and amicably) shuttled to the downstairs bar, which was lower energy, to be sure, but at that point we were so ravenous, it didn’t much matter. Pollo a la Brasa ($18.95) consisted of a full free-range chicken marinated in ingredients like salt, pepper and cumin and “secrets,” slow roasted over an open flame until the meat was juicy and the skin became caramelized and infused with contributing flavors. The only limit was the gas rotisserie. At a restaurant like Bonano’s Chicken – pretty much the height of rotisserie cooking in Los Angeles – wood roasting adds another smoky dimension, but considering the cooking vessel, it’s hard to imagine a much better bird in the Mission district. Limon Rotisserie paid extra attention to their dipping sauces, eschewing the standard aji, a green chile sauce that achieves that color with the help of huacatay (black mint). Instead we received rocoto sauce, produced using a red pepper that resembles a bell, but carries more heat; aji amarillo, a yellow sauce culled from a milder but flavorful Peruvian pepper; and chimichurri, the herbaceous olive oil “sauce” popular in South America. It was good to have variety. We received a choice of two sides and opted for yucca fries, which were creamy inside, crisp outside, and not dry in the least. Tacu-Tacu involved an earthy, fully integrated pan-fry of rice and beans, crusty on the outside, topped with pickled onion strands and julienne pepper. Anticuchos de Res ($8.25) involved skewers of sliced beef heart that sported grill marks but tasted a tad gamy. They came with chimichurri, yucca and oversized kernels of starchy, hominy-like choclo. Really though, even if Limon had better heart, it wouldn’t matter much. Their eastern Mission location is almost all about rotisserie chicken, and for that dish, and the sides, they were highly successful. 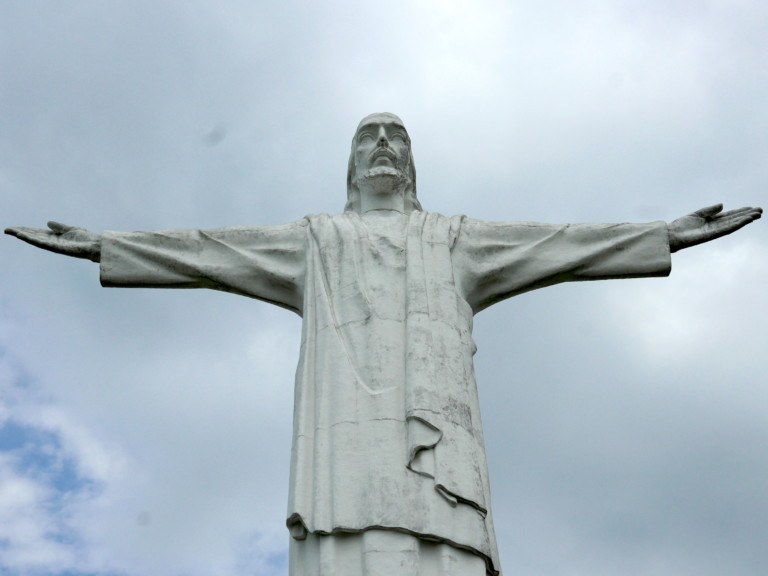 Nice review and mouthwatering photos. We are going on Sunday night. I also love the vegetables.