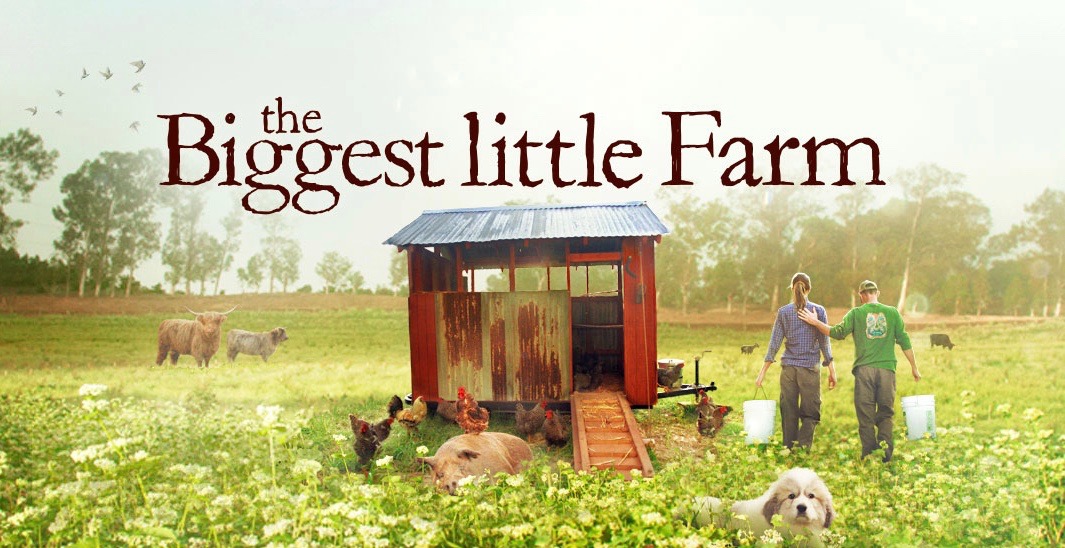 Raging wildfires, ravenous coyotes, and ladybug swarms are just some of the challenges that John Chester and wife Molly contend with at Apricot Lane Farms in Moorpark. Compelling documentary “The Biggest Little Farm,” which John directed, captures the couple’s decision to start the regenerative farm in 2010 “with a promise to a dog.” As the movie shows in dramatic fashion, they didn’t know what to expect. As John says to start the film, “I never believed we could get to this point, to have so much to lose.”

Naive only begins to describe the couple’s plan, which involved launching a farm “in perfect harmony with nature” and led them to 200+ acres of neglected lemon and avocado groves in Moorpark. The documentary cameraman (John) and private chef/culinary blogger (Molly) had the desire and backing – “Investors actually saw this old way of farming as the future,” John said – but they needed more knowhow. Enter Alan York, a traditional farming expert who understood that natural ecosystems “regulate themselves through diversity.” Apricot Lane was facing a drought, but the Chesters forged ahead, tearing out old trees, installing a composting facility, and restoring the old irrigation pond, though they still hadn’t planted a single crop after six months.

To get Apricot Lane into gear, John and Molly hired experienced farmers Fabio and Raul, turned to WWOOF for additional support, and populated Apricot Lane with ducks, sheep, Highland cattle, and Emma the pig, who becomes a pivotal figure in the farm’s story. Molly envisions three trees in 20-acre orchard, and “the fruit basket” subsequently ends up with 75 varieties of stone fruit. As John says, “Alan claimed that all this diversity would lead to simplicity,” which initially feels like wishful thinking.

“Balance the needs of the farm with the health of wildlife.” John advocates for that symbiosis, but coyotes push this belief to the brink when they start slaughtering chickens. Other unexpected challenges pop up that threaten lives, and not just farm animals. Next comes heavy winds and drought that ushers in “California’s driest period in 1200 years,” followed by 18 inches of rain. Story turns start to resemble Book of Exodus-level plagues.

Substantial problems keep arising, and the couple finds solutions. As John notes, “Observation, followed by creativity, is becoming our greatest ally.” John and Molly welcome a son, they start selling food to the public, and the couple begins “establishing equilibrium” by embracing a “comfortable level of disharmony.”

As the documentary advances, it becomes easy to root for the Chesters, who prove to be quick learners, highly adaptable, supremely fortunate, and relatable. I visited Apricot Lane Farms last summer and left impressed. “The Biggest Little Farm” only bolstered my respect.